By Mortz C. Ortigoza
Vice mayors in Pangasinan these days are anxious as the middle term election will be next year because they are financially handicapped to the rush of solicitors who will exploit their candidacy, a vice mayor of a Central Pangasinan town lamented.
“The filing will be on October 11-12 to 15-17 this month and election will be on May 13, 2019. Can you imagine the waves of indigents, public employees like teachers, folks in the barangays who need monies for their medical problems, Christmas programs, fiestas and basketball uniforms,” he told this writer. By Mortz C. Ortigoza
The defection and repositioning of the supporters of the two camps of the gubernatorial wannabes in Pangasinan exhilarated the spectators as the last day of the filing of the certificate of candidacy (CoC) will end on October 17.
The defection of Board Member Raul Sison, a staunch ally of Governor Amado I. Espino, Jr and his father to the camp of Alaminos City Mayor and governorship candidate Arthur Celeste that surprised many Pangasinenses, triggered the Espinos to allegedly commission retired police general Fidel Posadas, former provincial director in Quezon Province and former PRO - 1 CIDG Chief, to challenge the son of Sison, Urbiztondo Mayor Martin Sison, for the mayoralty of the Second Congressional District's town.
After Bolinao Mayor Arnold Celeste filed his Certificate of Candidacy (CoC) last Thursday at the Commission on Election - Provincial Office in Dagupan City for the First Congressional District to be left by his older brother Congressman Jesus, it will prompt the candidacy of Metropolitan Manila Development Authority General Manager Tim Orbos to challenge the younger Celeste in the one city nine towns' Western Pangasinan district. 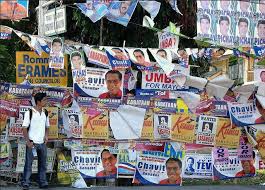 But an insider at the camp of Orbos told me that he was evaluating too, a few days before the end of the filing of the CoC, on his stocks in case he runs for the vice governorship.
Governor Espino and his father were seen hobnobbing recently with former leaders of the first district at the residence of former Alaminos City Vice Mayor Jing Aquino.
In an October 7 photo tagged at my Facebook account by Pangasinan “quintessential” photo journalist Mon Untalan, these personalities were former Mabini Mayor Ariel de Guzman, Orbos, the younger brother of the district’s former representative Oscar Orbos, and others.
The action of Alaminos City Mayor Celeste to pull out his son League of Barangays –Pangasinan Chapter President and ex oficio member of the Sanggunian Panlalawigan (provincial board) to succeed him in the city precipitated the Espinos to egg former board member Boying Humilde to run for the mayoralty to frustrate the young Celeste’s foray in the post.
With this new positioning, do pundits see exiting congressman Jesus Celeste foregoes his plan to hibernate but instead wear again his political armor to counter the plan of the Espino in Alaminos?
“No,” declared by Bolinao Mayor Noli Celeste when I asked him.
He told me that BM Brian is still the forerunner for the mayorship of the coastal city.
Congressman Celeste divulged me before he had a moist eye in the steering wheel of Alaminos because his brother Art will run for the congressional office in the May 2019 poll.
Graduating Binalonan Mayor Ramon “Monmon” Guico, III told recently this paper that in case the forecasts of the camps of Agbayani and Celeste were true that Congressman Amado T. Espino, Jr. would abandon the Fifth District and run as governor while his son and namesake, the present governor, slides as his vice governorship tandem, he will see himself being pitted to exiting Urdaneta City Mayor Amadeo "Bobom" Gregorio Perez IV.
He said the older Espino will surely enlist Perez, a new ally, to frustrate him and as a front against Celeste in the one city eight towns’ eastern Pangasinan’s district.
But political personalities at the Comelec told me this repositioning in the Fifth Congressional District will not happen because Espino will pursue his reelection as his governor son will either choose between Bautista Mayor Deo Espino or Orbos for the vice governorship.
The defection of BM Raul Sison to the Celestes would have a major price on the part of the Espinos.
Sison and Art Celeste will dichotomize the votes of the eight towns’ 2nd Congressional District that political kibitzers seen before as bailiwick of congressional wannabe Bugallon Mayor Jumel Espino, his congressman - father and governor- brother.
During the heydays there of then Second District Representative Amado T. Espino, Jr who later became a nine-year governor, the district was his vote churning citadel what with his collaboration with the brothers Bugallon Mayor Ric Orduna and his Man Friday and “non nonpareil” operator retired Colonel Paterno Orduna and Sison.
Presently the trio is his political enemies.
Sison, his wife Urbiztondo Vice Mayor Marlyn Sanglay- Sison deserted several days ago PDP-Laban, the party of the Espinos, and joined the Nationalista Party of Senator Cynthia Villar.
It is suspected that the one who interceded for their transfer to the Nationalista was Abono Party List Represenatative Conrado Estrella, a political nemesis of the Espinos, who was grinning ear to ear as he brought Sison, his wife,Umingan Mayor Michael Cruz, and Aguilar Vice Mayor Roldan Sagleto to the senator whose husband former Senate President Manny Villar is the party’s chairman.
“Does the rumored mayoralty candidacy of police retired general Posadas versus your son Urbiztondo Mayor Martin trigger as punishment by the powers that be for your defection?” I asked, of course in Tagalog, Board Member Sison after he filed his congressional intention at the Comelec's provincial office in Dagupan City last Thursday morning.
“Hindi ko alam kung iyan po..ang lahat naman po ng position may kalaban, e lalagyan po ng kalaban ang aking anak. Talagang ganoon ho kasi election, demokrasya”.
When the Celestes put almost half a million of pesos fifteen 30 seconds spots’ public relation advertisement at GMA-7 regional television that ended a day before the start of the October 11 filing of CoC, the camp of Espino ran too in a tit-for-tat mode on that expensive television PR ingratiation game.
As both camps trudge the May 13, 2019 day reckoning, expect more pricey radio and TV slots to be bought by these candidates and their supporters where some have already been freaking out like faggots in the social media.
(You can read my selected columns at http://mortzortigoza.blogspot.com and articles at Pangasinan News Aro. You can send comments too at totomortz@yahoo.com)
Ipinaskil ni Mortz Ortigoza sa 3:59 AM Walang komento: