The Anatomy of Motels according to the BIR 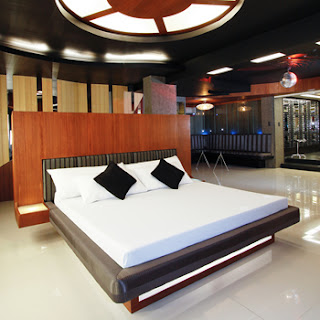 
Days of motel owners who make mambo-jumbo with their manipulated lower assessed valued income taxes are numbered.
The Bureau of Internal Revenue has found a formula how to assess the number of couples who patronized these lucrative tryst businesses in this tropical country.
Assistant Revenue District Officer Maria Bernadette Mangaoang said that the national tax office has formulated a plan where a BIR personnel lists how many cars entered the motel everyday.
She said usually the lists are recorded on the logbook of the motel security that mans its gate.
“Hindi naman everyday may BIR. Kaya nga e kukunin na lang nila iyong average, “ Mangaoang explained.
Mangaoang said that her office that over sees 15 towns and a city in Eastern Pangasinan did not implement it since most of the motels in Urdaneta City are mostly branches of motels whose main office is either in Manila or in Dagupan City.
She said branches only pay P500 registration fee with the local BIR like RDO-6, while they remitted the bigger Value Added Tax at their main office.
Magbasa nang higit pa »
Ipinaskil ni Mortz Ortigoza sa 6:50 AM Walang komento: