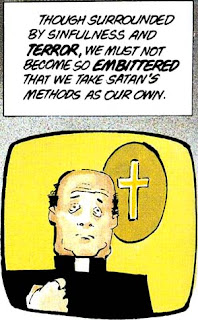 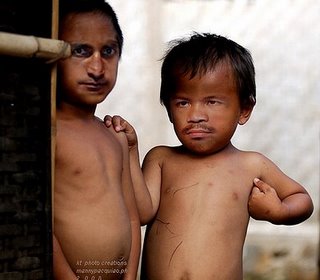 MORTZ C. ORTIGOZA
Boxing great Muhammad Ali will celebrate his birthday on February 18 at the MGM Grand Area in Las Vegas, Nevada.
According to Associated Press, his guests would be high rollers of the boxing world like former heavyweight champions George Foreman, Ken Norton, and Leon Spinks. Former welterweight king Roberto Duran will be there, too.
As far as this corner is concerned, the only kings that could not attend are the "Three Kings".
But there is a special guest that could ruin or turn the party into success.
Philippines's pride and world’s pound-for-pound boxing boss Manny Pacquiao would  treat the  Parkinson disease-suffering Ali and the guests with a love song.
Did I hear somebody yell: “Mag boxing ka na lang!( Just concentrate on boxing!)”
***
Does retired Archbishop Oscar Cruz shoots from his hips without any basis as he comes to the succor of beleaguered Chief Justice Renato Corona of the Supreme Court?
In an interview at the program of Bogs Torribio of Bombo Radyo- Dagupan, I asked Cruz that in case we stop now the impeachment he brands as a charade against Corona how would he solves the dilemma incase detained former president Gloria Arroyo asks the high court to grant her a bail by invoking the constitutional mandate that evidence against her is not strong on her non-bailable case.
“What if the Court grants her, and she absconds to a foreign country that has no extradition treaty with the Philippines?” I posed.
Susmariosep, the good archbishop, who is my neighbor in this paper, said he could not answer my question.
Tsk, tsk, Cruz should better shut his mouth and restrain himself if doesn’t know the nitty- gritty of the impeachment trial and its political and moral consequences.
As you know folks, an impeached Corona would straighten the other magistrates not to entertain evil thoughts otherwise they would be next on line of impeachment.
***
What I don’t like about many of the Catholic clergies in this country, they sided with issues that are no brainier.
For instance issues like the artificial methods of birth control.
The absence of free contraceptives glares its ugly heads on our street.
Poor families kept bearing children that become street urchins, petty criminals, you name it. Vehicles on the streets’ slums are hampered by poor malnourished kids playing their things there.
“These sorry sights would aggravate for another ten years from now,” I told somebody in the car as I tread carefully the roads.
By the way, we are already 101,833,938 (July 2011 estimate) million rambunctious Filipinos. Number 20 in the world in terms of demography.
***
Then here comes  retired Archbishop  Cruz and a priest who officiates a novena mass at the Supreme Court lately for the beleaguered chief justice Renato Corona.
I could forgive and forget Cruz craps there at the executive department of the government  that he accused of bullying the chief magistrate, but I nearly kicked my TV after I heard the officiating priest asking Corona if he is ready to become a saint after the conclusion of his impeachment try.
Susmariosep my foot! How can be the chief justice be a saint when he could not even submit publicly his Statement of Assets, Liabilities and  Net Worth (SALN) for some years now and his recently P14.5 million already discounted posh condominium unit  purchased that would not jibe with his salary?
A saint is beyond suspicion. Corona’s stalling to show publicly his SALN elicits strings of suspicions that he enriched himself after he prostituted himself with the infamous former president Gloria Arroyo.
On the latest Pulse Asia survey, it said that Corona had the highest disapproval (24 percent) and distrusts (27 percent) ratings among the five top government officials
Res Ipsa Loquitor eh, chief justice?”
Ipinaskil ni Mortz Ortigoza sa 12:39 AM Walang komento: