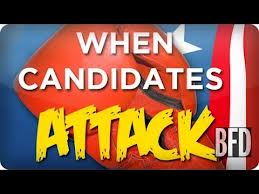 As your read this column in our paper’s hard copy (our online or soft copy goes to press earlier), the acrimonious 2013 middle term election has been concluded.
But since there are two kinds of a candidate in the Philippines – the one who wins and the one who was cheated — election fever has not yet subsided as you browse this piece after losing bets, with thongs and hammer, protest at the media outlets and the Comelec.
What I could not forget about the 2013 poll was how the camps of Governor Amado T. Espino and his gubernatorial challenger Hernani Braganza ran their adversarial TV ads in the last stretch of the campaign . Braganza accused Espino of bringing to the dogs Pangasinan with his different statistical figures about the increasing numbers of poor people, unschooled, and those who were murdered! A week before the May 11 ban for the campaign period, Espino rebutted all of these accusations as sheer lies by showing opposite figures he sourced from the National Statistics Office and the Philippine National Police according to his Public Information Office chief Butch Velasco
***
As far as my counting was concerned, Espino and Braganza have been aggressive with their six 30 second ads slot (for each of them) at each of these TV stations’ GMA-7 and ABS-CBN.
If they got 12 30 second ad slots a day, geez man that’s more than half a million pesos a day for each of the candidate if each 30 seconder cost P50, 000. Each of them paid Php 52,000.00 a day in their one hour block time program at Bombo Radyo.
Oh by the way, a 30 second advertisement for national TV viewership for a senatorial candidate cost him/her half a million pesos according to Attorney Felipe Gozon, Chief Executive of GMA Network, Inc. In a news report senatorial bet Teddy Casino said that a 30 second slot ads in ABS-CBN for national viewership cost Php 500,000.
***

Two weeks before the campaign ban, Braganza assailed Espino on the black sand mining, the murder of Infanta Mayor Ruperto Infanta, and the plunder case in the jueteng gate.
Three days before May 11, 2013, Espino accused Braganza in a carefully crafted video visual on the alleged plunder case filed by his 15 village chiefs in Alaminos City where he is the incumbent mayor. “Those TV stations should not allow those adversarial ads,” a political spectator told me.
I cited to him that those American style ads were sanctioned by the Omnibus Election.
“COMELEC Resolution No. 9615, said that “election campaign” or “partisan political activity” refers to an act designed to promote the election or defeat of a particular candidate or candidates to a public office, and shall include any of the following: …Making speeches, announcements or commentaries, or holding interviews for or against the election of any candidate for public office; Publishing or distributing campaign literature or materials designed to support or oppose the election of any candidate; ..,”
***
In the last presidential election in the United States, voters’ preference kept changing between Barrack Obama and Mitt Romney in the disputed States there because of the shrewd and subtle propaganda shown on TV. Republican strategist Dick Morris and Michael Reagan (adopted son of former U.S President Ronald Reagan) who heads the GOP’s Super PAC (Political Action Committee) have been vigorously soliciting millions of dollars from would be voters particularly those who support GOP (Grand Old Party) to boost the stocks of their presidential bet. Look how the scathing TV campaign brought to the highest office Prime Minister Bibi (not Gandang Hari) Netanyahu (the younger brother of a hero Colonel Yoni Netanyahu who was killed at the Operation Entebe in Uganda) of Israel.
To quote what former U.S President Bill Clinton said on his 957 pages hard bound book “My Life” my brother from California gave to me years ago:
” On May 29 (1996), I stayed up until well past midnight watching the election returns in Israel. It was a real cliffhanger, as Bibi Netanyahu defeated Shimon Peres by less than one percent of the vote. Peres won the Arab vote by a large majority, but Netanyahu beat him badly enough among Jewish voters, who made up more than 90 percent of the electorate, to win. He did it by promising to be tougher on terrorism and slower with the peace process, and by using American-style television ads, including some attacking Peres that were made with the help of a Republican media advisor from New York. Peres resisted the pleas of his supporters to answer the ads until the very end of the campaign, and by then it was too late. I thought Shimon had done a good job as prime minister, and he had given his entire life to the state of Israel, but in 1996, by a narrow margin, Netanyahu proved to be a better politician”.
With the scathing adversarial TV ads pioneered by Espino and Braganza, election campaign in Pangasinan and the country would never be the same again.
(Send comments at totomortz@yahoo.com)
Ipinaskil ni Mortz Ortigoza sa 5:13 AM Walang komento: