How PH Media Men Earn a Living - Legally and Illegally

Although I have written in the past about media prostitutes – figuratively and literally – and media hao-shiaos (fakes), I could not forgive myself if I could not give my takes on my just read book Who‘s Looking Out For You written by U.S No. 1 talk show host Bill O’Reilly of Fox News Channel about how media elites became biased on their calling.

As a media practitioner, who did not even have a BS in Journalism or Mass Communication, for sometimes, I saw how the local elites exchanged notes if not ingratiate with the power-that-be while they enjoy the ambiance of some bars of high end hotels and restaurants.
Media colleagues in Pangasinan treat me with stories how they spent sometimes with high level government functionaries in some five stars hotels imbibing expensive liquors and eating the sumptuous food Imperial Manila can offer and going home with oodles of monies in their pocket. Expose, these practices would be scandalous on the parts of the government and the media networks in the United States, to see head of their version of Bureau of Custom, Bureau of Internal Revenue, Departments of Interior & Local  Government and of Public Works & Highway, or the Philippines National Police indulging to a “Bacchanalian Feast” with these susceptible members of the Fourth Estate. 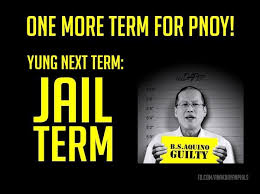 Ever since I was espousing in this column that to get rid of that present 12 million unemployed Filipinos, over abused Overseas Filipino Workers (OFW), and the moral backlash brought by the migration of Filipinos abroad where the families at home committed immoralities and indulging to illegal drugs because no one watch them, the government should open its restricted xenophobic economic 60-40% provision that favors the financially overstretch Filipino oligarchs in the Constitution.
My usual argument: More foreign investment in our country means more jobs. More jobs means OFWs from Libya, and other countries would no longer be vulnerable to rape and other abuses. Husband or wife does not resort to infidelity with fellow OFWs or the woman or man next door in the Philippines, or sons and daughters don’t become drug addict or impregnated at an early age because a parent or parents are there to watch them grow.
My usual poser: Why the standard of living of a Thai is much better than those of the Filipinos who in the 1970s have almost the same number of population? Aside from their aggressive government sponsored family planning program, they snared, according to the World Investment Report, last year $12.95 billion of Foreign Direct Investment (FDI) while the Philippines contented herself with a minuscule $3.9 billion in the same year.
Now it seems that I digress to why I have a mixed reaction on the president’s amenability for Cha-Cha. Our balding president smarted as seen on his State of the Nation Address (SONA) how he was being treated by the 13-0 of the Supreme Court because of his Disbursement Acceleration Program that jerk-up, er, perk- up by more than 6% the country’s Gross Domestic Product.
It means the 13-0 DAP’s decision of the high tribunal is the Sword of Damocles that hangs above his head.
It is a threat to his limb because whether he likes it or not he goes to jail in a non –bailable crime of plunder through technical malversation because he usurped the power of congress to allocate the DAP’s P177 billion funds and channeled to other economic stimulating projects.
“But he did not pocket any of the P177 billion. He did not profit for himself on the DAP” Objected recently to me by a lawyer when we were conversing.
“That’s beside the point. What we are seeing here is the probable cause for technical malversation as provided in the Revised Penal Code and the Special Law on Plunder found by the Ombudsman and the Sandigabayan, and the warrant of arrest issued by the latter against  former president Aquino in 2016. It was just like Gloria Arroyo who was thrown in the calaboose without bail”.

VIDEO of News.PH.Episode 86 with moderator Pia Hontiveros (
extreme right) and one of the guests Rep. Niel Tupas, Jr.

In the Solar News TV weekly political talk show's "News.PH."Episode 86, Rep. Niel Tupas (5th District, Iloilo) told host Pia Hontiveros that if he has his way he would no longer appeal the 13-0 decision of the Supreme Court on the Disbursement Acceleration Program that was adverse to Malacanang.
“That’s 13-0 decision of the Supreme Court, and if I’ll be the party on that case I’ll no longer appeal,” Tupas stressed.
“The party? What you mean the party, the Liberal Party?” Pia innocently posed to Tupas.
I chuckled at my seat while I saw Tupas paused and was momentarily confused of what he heard from his pretty interviewer.
“The party, the party let us say the defendants (Respondents President Benigno Aquino III, Executive Secretary Paquito Ochoa, and Budget Secretary Butch Abad -MCO) there,” Tupas said.
“Oh, the party…. I thought bago….kasi…,” Hontiveros stuttered.
The solon told her that they are talking about the case on DAP (and not the Liberal Party that has nothing to do with the topic – emphasis mine).
(You can access these exchanges at 3:20 of the above video)

***
Here’s another blunder at 4:33 of the video:
TUPAS: The president signifies his intention to file a motion for reconsideration. Nakita mo na siya mismo sina-submit niya ang executive to the constitutional provision sa korte suprema so hindi ganoon….
PIA: (Butted in a confused manner)The president is submitting himself to a constitutional process?
TUPAS: Yes.
PIA: Even if he does not recognize the decision of the Supreme Court?
TUPAS: (Momentarily puzzled) Hindi nya sinabi na hindi niya ni-recognized. Ang narinig ko na hindi siya sang-ayon.
PIA: Ah? Okay.
TUPAS: (In a Political Science 101 Lecture)You can disagree for the decision of the Supreme Court. It does not necessary you don’t recognize it.