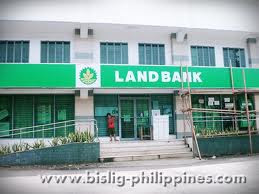 Restituto Kulafo , my former classmate at Saint Andrew Field Elementary School (Mababang Paaralan ng San Andres Bukid ) asked me to distinguish Land Bank of the Philippines from World Bank.
With my significant experiences in breaking breads with countless of mayors, I told him Land Bank’s (LBP) officials pursue aggressively city and town‘s chief executives to borrow by paying it with their yearly Internal Revenue Allotment.

“Land Bank is a lending entity mayors have been shunning these days because its annual interest is higher than what Development Bank of the Philippines and Philippine National Bank offer to Local Government Units (LGU)”.
LBP is where mayors and councilors enriched themselves after borrowing up to hundred of millions of pesos to build overpriced projects not only to feed their vanity to show how great they are among their confused emaciated constituents but also source of dirty monies up to 30 per cent of the loan the mayor pockets, and the councilors get between P100,000 to P500,000 bribe to vote for the approval of the loan in the council. Because of this vicious practice all over the country, these unwary constituents do not know that they have been already deprived of free social services like medicines, school rooms, and teachers (whose pay come from the coffer’s of the LGUs) in the next 10 years because the monies intended for them go to the yearly amortization of the principal and interest of the overpriced edifice to the bank.
***
Oh by the way, don’t buy the crap that the loan from the government owned banks are insulated from corruption because of progressive building (where bank officials of either LB or DBP check the phase of an already done project before they release another tranche of the loan).
“That’s bull horn! Just like the auditors and engineers at the Commission of Audit and the Department of Public Works & Highway they are too in cahoots for a fee with the mayors in embezzling public funds,” a source told me.
***
What is World Bank?” Mr. Kulafo asked me with a child’s curiosity. I told him that World Bank is a global financial behemoth that has auspices to countless lending institutions around the world that advised recently the Philippine government to increase by five% of the Gross Domestic Product (GDP) the country’s appropriation of 2.6% in agriculture and tourism infrastructure for three years to perk up job creation and mitigate the yawning poverty despite the 6.6% GDP growth last year.
Motoo Konishi, World Bank’s country director for the Philippines, said recently the country needed to spend an amount equivalent to 5 percent of GDP (that runs to tens of billions of pesos) on road networks, irrigation, power and other infrastructure projects to generate the amount of investments needed to achieve the government’s job creation and poverty reduction goals. I told him that the 6.6 percent GDP last year only benefited the taipans like the Gokongweis, Sys, Lopezes, Tans, others who control 80 percent of the country’s economy.
***
In a huddle during the visit recently of senatorial bet Cynthia Villar in a village in Binmaley, this columnist, Rep. Pol Bataoil (2nd District Pangasinan) and Binmaley Mayor Enzo Cerezo discussed about the stocks of some senatorial candidates in the latest Social Weather Station poll.
“Kung ano ang lumabas diyan sa survey ganoon din ang lumabas sa botohan,” Bataoil, a retired two star police general, quipped. He stressed that he was once a non-believer of a scientific poll but when he first ran for the congressional seat in 2010 election he was prodded by Pangasinan Governor Amado T. Espino, another PMAyer like the solon, to commission one.
“The good thing about survey is you know your strength and weakness in the towns you’re husting.” He was told by his Manila based pollster that based on their finding he will win handily against his rivals.
“The only factors that you will lose are assassination, natural death, and fatal accident,” he was told. Mayor Cerezo said he too availed of a pollster that was based in the province when I ribbed him if he availed one in his last electoral outing against incumbent Mayor Sam Rosario (his present rival in the mayoralty race)
(Send comments to totomortz@yahoo.com)
Ipinaskil ni Mortz Ortigoza sa 9:56 PM 1 komento: