Analysis:Why the Philippines is poor? 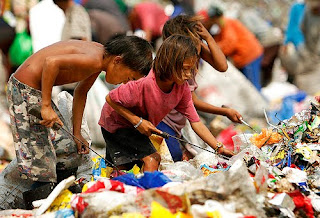 I felt bad every time I saw on TV the celebration of the anniversary of the EDSA Revolution. Since that historic date in 1986, the economic stocks of the Filipinos went to the dogs.
We remain poor while people in neighboring Mainland China, Malaysia, Thailand, Indonesia, and Vietnam have experienced economic growths catalyzed by their government led pro-business environment. Before EDSA Revolution, according to the United Nation data the Per Capita Income/ Gross Domestic Product (PCI/GDP means an approximation of the value of goods produced per person in the country, equal to the country’s GDP divided by the total number of people in the country ) in current U.S dollar prices in 1987 of these countries were the following: China ($308), Malaysia ($1,965),Thailand ($929), and Vietnam (No record), and the Philippines ($645). In 2011 or 24 years after the revolution, these countries have the following bigger and fast growing PCI /GDP: China ($4,354), Malaysia ($8,373), Thailand ($4,613) and Vietnam ($1,183). The Philippines has an anemic $2,140 of PCI/GDP as based on the PCI/GDP growth of these leapfrogging countries except Vietnam. But with Vietnam’s $1,183, it would not take some years before this former backwater but fast growing” communist” country that embraces 100 percent foreign business ownership on her shore to catch up with us.

READ MY OTHER ANALYSIS: IS THE PHILIPPINES GOING TO THE DOGS?