Philippine Military Academy (PMA), the premier military institution of the Philippines, is in the limelight with intense scrutiny as boldly printed in the headlines of national newspapers, online articles and blogs, and in tri and social media this past week in relation to the issue of a graduating cadet being dismissed for coming two minutes late to class. The "two minutes late" is only a tip of an iceberg. There is much deeper into it.

Before I discuss the issue please allow me to give you a brief history of the Philippine Military Academy as lifted from my briefing notes when I was still in the Corps of Professors, PMA.
The Philippine Military Academy (PMA) is a degree-granting institution especially created by law for the purpose of training, developing, and instructing certain selected young men to become commission officers in the regular component of the Armed Forces of the Philippines (AFP).

The Philippine Military Academy began as an officer’s school of the Philippine Constabulary established at the Walled City of Intramuros in Manila on February 17, 1905. Three years later, on September 1, 1908, the school was transferred to Baguio City, first at Camp Henry T. Allen and later at Teachers’ Camp.

On September 8, 1926, the Philippine Legislature passed Act No. 3496 renamed the school as Philippine Constabulary Academy and lengthened its course from nine months to three years, with a provision to strengthen the faculty and revise its curriculum.

On December 21, 1936, the Commonwealth Act No. 1, also known as the National Defense Act was passed. The law formally created the Philippine Military Academy and authorized it to confer a Bachelor of Science degree on its graduates after they successfully complete the four-year course.

On May 5, 1947, the Academy reopened at Camp Henry T. Allen. Due to the need for wider ground for training, the Academy transferred to its permanent home at Fort Del Pilar in Loakan, about ten kilometers from downtown Baguio City.
Magbasa nang higit pa »
Ipinaskil ni Mortz Ortigoza sa 5:03 PM 4 (na) komento:

It seems the fair haired boy for the directorship of the police regional office (PRO) in Region 1 is a certain Chief Superintendent Diosdado Valeroso. According to my source General Valeroso is a member of Philippine Military Academy Class of 1982.
Another source Pangasinan’s media wonder boy Atong Remogat, who was the crooner at my birthday party, confirmed the rumors that a lobby for Valeroso for the top police post in the region is on the upswing. He said he met recently former PNP chief Art Lomibao and Valeroso at the Manaoag Shrine. Art asked Atong how can Valeroso meets Congresswoman Rosemarie “Baby”Arenas of the Pangasinan’s 3rd Congressional District. 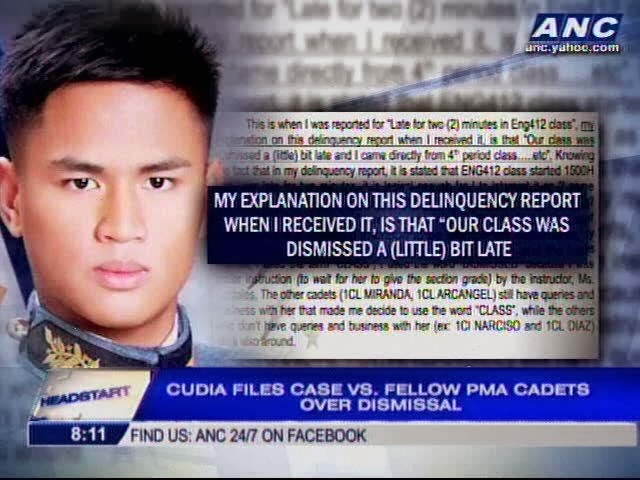 “Ako na ang bahala kay Congresswoman Gina (de Venecia), “ General Lomibao told Remogat.
“Ako na rin ang bahala sa inyo mga media pag naka-upo na si Valeroso, bata ako noon,” Atong boasted.
***
Earlier broadcaster Cisco Flores, a mason, told me that some quarters have been lobbying with the power-that-be for a last dash for General Wendy Rosario, Valeroso’s mistah at the PMA, for the directorship of the PNP in the Ilocos Region.
The chances of Rosario and his “mistah” General Ed Basbas for the directorship of the PRO-1 have been scuttled lately because of power plays among the gods in Imperial Manila.

General Lazo: An Officer and a Gentleman

After the dust settled inside the primer Kubo (hut) at the PPO the members of the tri-media who shoved and jostled to interview the two Philippine National Police personalities packed their things and left off, I found myself and RJ Jimenez, broadcaster of Home Radio (FM band na naging AM band) as the last two media men left standing with Lazo (Philippine Military Academy class of 1984), Blanco (PMA ’89) and the top brass of the PPO that included Supt. Laurence “Full Metal Jacket” Sison (PMA 92) waiting for our sumptuous lunch composed of hot sea  and water based foods and meat barbecue.
Lazo, who had stints as United Nation peacekeeper in Cambodia and East Timor, told me and RJ that even he gets his star rank anytime this year, Philippine National Police law bars him to be a full time regional director of the premier police regional office where he is the acting top honcho.
“I would be assigned anywhere but in Region 1”.
Lazo, a former Special Action Force and is an officer and a gentleman according to British Royal Marine Commando trained retired colonel Pat Pinol, enthralled us about an upper class man at the PMA who used to be a waiter but graduated at the long gray line in 1983, and another upper class man who joined the priesthood after he graduated at the Philippines’ version of West Point and Sandhurst in Baguio City and saw action at the Army (Scout Ranger?).