Congratulation to my town mate Fely Arzaga Eichenberger and her son Eli, 22, who will conclude this Sunday his four years tough academic and regimental trainings at the United States Military Academy in West Point, New York.
Eli and mom Fely Arzaga would be in their town M’lang, Cotabato province next month for some “rest and recreation” and probably sentimental journey where Fely, a daughter of a carpenter and a housewife (they were our neighbor) migrated in the United States in 1992 and married Mark -  a veteran  commissioned air force officer. (Click here for my lengthy article’s Fil-Am to Graduate this Weekend at West Point.
I hope the local government units (LGU) of M’lang and the Province of Cotabato can confer their appreciation just like what the LGU of Pangasinan and its towns gave importance to graduates and heroes in their sons from the Philippine Military Academy – a premier military college in Asia copied from USMA – based at Fort del Pilar, Baguio City my and my siblings’ birthplace.
Magbasa nang higit pa »
Ipinaskil ni Mortz Ortigoza sa 7:12 PM Walang komento:

Telco’s Free Aircraft Services to Senators at Our Expense 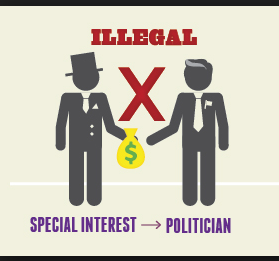 The Pilot, who asked anonymity, said that whenever senators wanted to stump in the provinces and cities outside Metro Manila the choppers and the pilots are there to ferry them for free.
This information ensued when a pilot brought to this city a senator from the Liberal Party who visited a government office.
Some media men had even pictures of the solon and the tail number of the chopper.
Another senator who ran for a public office in the last election had been using helicopters from the mammoth telecommunication corporation dubbed as telco by Filipinos.
A political kibitzer here said that these practices of the telecommunication corporations in lending air assets like airplane or jet to fly these members of the Upper House mocked by Speaker Panty Alvarez as Mabagal na Kapulungan (Slow House of Senate) as far as to Mindanao only showed how the lobby group had sway with the senators to protect the interest of the corporation versus giving franchise to another rival.

One of the few persons in the world who extensively knows the South and North Koreas’ politics is Philippines’ former Five-Time Speaker Jose de Venecia.
De Venecia is the Founding Chairman of the International Conference of Asian Political Parties (ICAPP) to which many South Korean politicians are members.

When he was Speaker of the House of Representatives, he brought in the Philippines many multi-billion pesos projects and grants from the South Korean government because of his connection with the people in high offices there.
Northern Watch’s Political Columnist Mortz Ortigoza, for the umpteenth time, interviewed de Venecia whom the former considered as a political connoisseur on foreign affairs like the 2018 Inter-Korean – Summit held at the Peace House in the South Korea’s held territory near the demarcation line. The Summit was led by capitalist South Korea President Moon Jae-in and pariah but nuclear powered communist state North Korea Chairman of the Workers’ Party and Supreme Leader Kim Jong-un.
The discussion between the two leaders revolved on denuclearization, peace establishment, and improvement of inter-Korean relations for their mutual benefit. Excerpts of the thoughts of de Venecia:
MORTZ C. ORTIGOZA  : Do you think  the Inter – Korean – Summit between Kim and Moon will be for good for the peace  between the two Koreas and their neighbors Japan and other countries?
JOSE DE VENECIA : I’ve been saying that in my three columns in the Manila Bulletin. For the last two months I’ve been saying that.
Magbasa nang higit pa »
Ipinaskil ni Mortz Ortigoza sa 4:48 AM Walang komento:

How a Bet Buy Votes, Win the Barangay Poll

Now that the Barangay (Village) election is few more days to go, I will share the experiences of a Punong Barangay (Village Chairman) bet we will call in fictitious name Philip Dipaawat.
In my almost one hour interview with him, where he asked for anonymity, he divulged the illegitimate ugly sides of winning the vulnerable and susceptible hearts and minds of the voters in his and his opponents determination to win the coveted post in Barangay Nababayaran somewhere in the urban area of Northern Luzon.
In 2007 Barangay Election, Barangay Nababayaran had 8,000 voters.

ME: How many of you aspired for the position of Kapitan (Spanish term of village chief that was termed as Kapitan del Barrio before)?

BOOK SALE: HOW A BET CHEAT, WIN THE ELECTION

How a Candidate Cheat and Win the Barangay & Sangguniang Kabataan Election (BSKE). 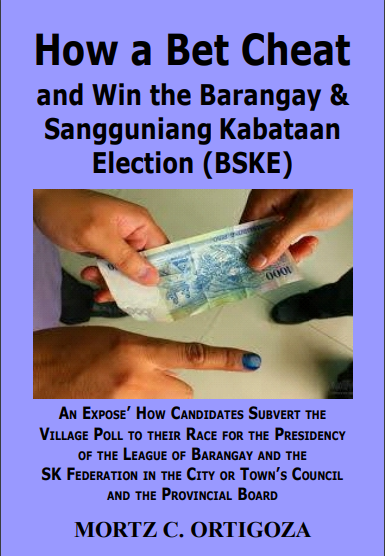