Compared to his counterpart in other provinces, an aggrieved contractor in Nueva Ecija got balls.
Three arrested murder suspects’ incriminated young contractor Christian Saquilabon to be the mastermind in the broad daylight ambushed that killed General Tinio, Nueva Ecija mayor Ferdinand Bote.
Both Saguilabo and the late mayor were into contracting business with government projects.
One of the reasons the mayor was timed by the assassins, his itinerary was patterned when he went to the office of the National Irrigation Administration.
As based on my seasoned experience in the media, every time we go to the office of the NIA, those persons who brought there their more than million pesos’ Sports Utility Vehicle or SUV like what the mayor to his Toyota Fortuner we assumed as contractors looking for probable lucrative projects with either the provincial or regional irrigation’s boss.
Saquilabon and Bote had conflict on the implementation of the P96-million project to moreover develop the Minalungao Convergence Park Zone — a popular tourist destination in Nueva Ecija located in General Tinio.
Magbasa nang higit pa »
Ipinaskil ni Mortz Ortigoza sa 10:44 PM Walang komento:

Greed nearly cost the life of a Liga voter

As the election of the presidency of the Liga ng mga Barangay (the former Association of Barangay Council (ABC) is forthcoming in July 30 as mandated by law,  many moneyed candidates for ex –officio position of a provincial board member have been busily meeting ABC Presidents of towns and cities in some concealed restaurants for some preliminaries. 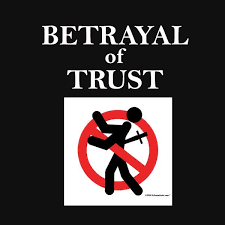 Here P50,000 beer monies in the enveloped were surreptitiously sneaked to the hands of voters before the final hundreds of thousands if not a million pesos will be offered to a position that gives only almost one hundred thousand pesos monthly, son of a gun!
A friend told me that this practice in the country of buying those towns and cities' presidents of the Liga is incredible and insane.
“It’s insane for you, but for the moneyed bets, they called it prestige for that elusive title of being called “The Honorable Board Member Juan or Juana Ramanam Amin,” I told him.
Magbasa nang higit pa »
Ipinaskil ni Mortz Ortigoza sa 10:39 PM Walang komento: