HOW TO ROB PUBLIC FUNDS IN THE PHILIPPINES 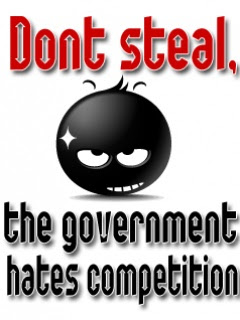 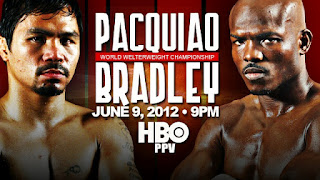 Manny Pacquiao is Jim Croce’s Big Bad Leroy Brown on his outing against Tim Bradley on June 10, 2012. Manny has been fighting at 147 lbs for countless of times while Tim fought on it, but excellently and dominantly, only once versus Luis Carlo Abrigu in July, 2010.
The Filipino has knack for knockouts with 64.41 % ratio on his 54 fights versus the modest 41.38 % of the American's  28 fights.

But there was a cracked on the armor of Pacquiao in his sluggish rubber match against Juan Manuel Marquez in  November 12, 2011.
It can either be a sign of wear and tear from the wars he had been, or a sign of too many activities in politics and showbiz?
Bradley declared he trained hard for 10 weeks on this toughest fight of his life.
“I studied Pacquiao for four years” he quipped.
Manny satisfied himself with seven weeks of training that could be deducted by “a week” of emphatic prayer meeting, intense proselytizing, zealous curing of believers with eye and hand problems who flocked for a miracle to an overnight preacher in his training hideaway in the cloud kissed mountain of Baguio City, Philippines.
In case the congressman loses because of these spiritual distractions, it means God Almighty has a plan for him: Preach, sing, govern, or a comeuppance. It is a comeuppance for him to train harder for a rematch with the “Desert Storm” on November this year.
Advantages of Bradley
He is the busiest body puncher Pacquiao’s has ever met.
Fast pace puncher and slick foot worker who will give Pacquiao a problem when he brings the fight inside the telephone booth.
He got three heads, two are covered by real gloves the other, as big as a Kevlar helmet, by bare skin. You ask Nate Campbell and Devon Alexander how it felt to be hit by a black skin head cum short jab.
He has intense body punching prowess that Pacquiao has not dealt with his past opponents.
Can box and brawl like what he did to opponents like Devon Alexander and Junior Witter.
Advantages of Pacquiao
64.41 % knocked out ratio against 42% of Bradley.
He is the bigger and stronger fighter on this fight.
This is David versus Goliath once again -- but Goliath here carries a bazooka for a kill and revenge.
Lethal left hook and straight left complemented by his newly minted power right hook.
Disadvantages of Bradley
His propensity to slug aggressively with “the baddest man in the whole damn town” in the hurt business will be his undoing
He telegraphs his right straight and hook by shaking his fist first before he uses it.
His KO ratio is only 42%, and a possibility of becoming a splattered jig-saw puzzle after the match.
Disadvantages of Pacquiao
He does not fight effectively inside.
Sign of wear and tear on his rubber match with Marquez.
Every time he uses his right and left straight or hooks his bread basket becomes open target from the enemy’s counter punches.
What Bradley should do
Hit Manny with powerful left and right straights to his face after he (Pacquiao) pitter-patter him with a right punch.
Use a strong combination of 1-2-3-4 right and left hooks to his body like what he did to Alexander and Peterson. Repetition of these can weaken Manny.
Use that looping overhand right that hits Luis Carlo Abregu with success at the face. Manny was vulnerable to this every time Marquez avoid Manny’s 1-2 hooks and unleashed this technique.
Every time Manny covers his face with his gloves and forearms; Bradley punishes him with body punches and a ricocheting uppercut to the jaw that enter between the ankles of Manny.

Bait his left face for Manny’s right jab so he can hurt his (Pacquiao) face with a right punch.
After unleashing his 1-2, shrewdly butt Manny’s eyebrow just like what he did to Alexander and Campbell. The Filipino would surely be destructed to the blood that oozes to his eye just like in his Eric Morales fight.
To avoid being knocked out by Manny’s left, he heed what his trainer Joel Diaz told him in the Witter fight: “Cover your right face with a glove and bury your chin to your breast”.
What Pacquiao should do
As the bigger and stronger pug, steamroll Bradley every time he engages him in a brawl.
Watch Bradley’s looping power left hook after he unleashed his right hook or jab.
Watch Tim’s right hook that he incessantly pounds to the face of his opponents.
Feigns his right but hit Tim instead with a powerful left straight or hook then followed by right hook. He was successful on this tactic against Marquez lately.
Right jab followed by power left straight or hook then back pedal or bobble to avoid Bradley’s counter.
Hit Bradley with a left upper cut to the jaw after he attacked.
(Send comments to totomortz@yahoo.com)

For the United States, its military presence on the peripheries—the outer limits—of the Chinese mainland may be a kind of “forward defense.” Since the nineteenth century, American strategists have feared that it is from Asia that an invasion of the US mainland would threaten. The Japanese and World War II justified that fear.
Magbasa nang higit pa »
Ipinaskil ni Mortz Ortigoza sa 7:46 AM Walang komento: 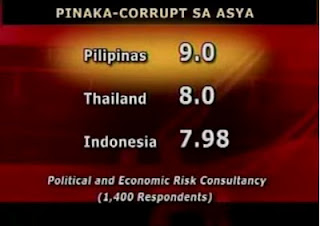 
A top government official told me how an assessor of a town or city fleece a taxpayer (seller or buyer of a real property) who asked for the certification of a real property’s classification.
The classifications are residential, agricultural, and commercial.
“With the right amount given by the taxpayer, he certifies the land as residential even it is located in a commercial area,” he told me.
He explained that the government lose a huge amount of taxes that runs to thousands if not millions of pesos because a P30 thousand per square meter (PSM) of real property (land and/or building) will become P10 thousand PSM only for just a stroke of a pen by a corrupt assessor .
Then
Magbasa nang higit pa »
Ipinaskil ni Mortz Ortigoza sa 2:17 PM Walang komento: