Ex-PNP Chief schools Bato how to run the police

“Pin-head o mahina rin ang utak nitong senator na ito,” this what I quipped after I read the Face Book’s post on the proposed death penalty bill of Senator Risa Hontiveros published by Politics.com.ph.
Hontiveros assailed the proposed death penalty passed by the House of Representatives that she and her Liberal Party’s colleague wanted to torpedo after it reached at the Senate.
“Death penalty is a cruel, inhumane and degrading punishment, which has a disproportionate impact on the poor and little guarantee that innocent people, would not be sentenced to death,” Hontiveros wrote and was quoted by the Liberal Party’s friendly website.
In that article, Politics.com.ph posted a poster of national hero Dr. Jose Rizal and the three activist priests Fathers Mariano Gomez, José Burgos, and Jacinto Zamora, called as Gomburza for brevity by Filipinos, who were victims of death penalty by quoting Hontiveros’ comment “simply for standing up for equal rights, freedom and democracy.”
The website titled its paraphrase of Hontiveros Face Book’s post as: “Paano kung inosente? Risa Hontiveros opposes ‘cruel’ death penalty”.
My reaction:  How could those convicted felons killed by a firing squad, lethal injection, electric chair, guillotine, or by the noose that needs only somebody to kick the stool  where the convicted criminal  stands, according to another “intellectual giant” Senator Manny Pacquiao, so  this forsaken, soft, and criminal friendly country could save for electricity when the poor convict would be given due process and free lawyer from the Public Attorney’s Office or PAO and after his conviction by the Regional Trial Court (RTC) his case would have an automatic review by the Supreme Court?
Death Penalty is justifiable than the government’s gauntlet hand policy on “shooting it out with the suspected hard core criminals” at a drop of a hat or arbitrarily extra judicially killing them.
We should get rid of this kind of death as it already reached the 6,000 mark after President Rodrigo Duterte assumed office middle of last year.
Let’s legalized execution by creating more RTCs so death would have due process.
How Jose Rizal and GomBurZa became victims because they stood “simply for standing up for equal rights, freedom and democracy” as espoused by Hontiveros, could not get my comprehension.
What kind of logic is that Politics.com.ph and Senator Hontiveros?
Dangerous drug lords whose products turned a human being into a monster like being a robber, kidnapper, or rapist who mercilessly killed their victim did not stand for equal rights, freedom, and democracy.
Magbasa nang higit pa »
Ipinaskil ni Mortz Ortigoza sa 5:11 PM 3 komento:

Skeptics on President Rodrigo Duterte’s war on illegal drugs compared Thailand’s war on narcotics where almost 3,000 died in the First Drug War in February to April 2003 and countless died in the Second Drug War in 2005.

Despite the thousands of persons  killed in Thailand and those 6000 individuals who died in legitimate police operation and those on Death Under Investigation (D.U.I)  in the Philippines war on dangerous drugs, these skeptics say Duterte’s war on narcotics is destined to fail.
But as a radio commentator and journalist who visit regularly city and town mayors and chiefs of police in the 48 cities and towns’ Pangasinan, I could say that the dangerous drugs war launched by the Duterte Administration are picking up and resulted to significant drop not only of drug pushing and using but of index crimes like theft, robbery, and other petty crimes.
In Alaminos City, Police Chief Superintendent Benjamin Ariola cited recently that only two of the 39 villages in this Western Pangasinan city are still not illegal drug free. Dagupan City’s Chief of Police Superintendent Neil Miro declared in January 12 the city as 90.2 percent after narcotics prevalent Barangay Pantal and Pogo Chico of the 31 villages’ city were publicly announced as drug free.
Magbasa nang higit pa »
Ipinaskil ni Mortz Ortigoza sa 4:23 PM 8 komento:

I just saw an ugly public official with big lips, protruding upper teeth, flat nose, big eye glasses, fat belly, and crumpled dress. Those downsides could be exaggerated on a cartoon to attract readers and amused them. But, hikbi, er, sigh, beginning last week I no longer drew an illustration for our weekly newspaper's Northern Watch .
The editor-in-chief asked me and writers to add another news article to spike the number of our news for our weekly publication. Since I drew the political caricature for our editorial because the real cartoonist left, I told her I’ll no longer make illustration since it would add more man hours for my work as columnist and  a daily radio commentator.
For a stint of six months and two weeks, I had passionately drawn cartoons. Drawing, son of a gun, was my childhood past time!
I got the ire of my elementary and high school teachers then because when they became a bore with their teaching, I sketched at my notebooks and my parents reprimanded me when most of these teachers reported my actuation to them.
"Beside, notebooks are expensive you just don't draw on them," my mother angrily told me and that was in the late 1970s and early 1980s where cheap notebooks from China ay hinde pa ata uso.
Magbasa nang higit pa »
Ipinaskil ni Mortz Ortigoza sa 4:06 AM Walang komento:

Duterte should train guns on corruption at the Register of Deeds, Assessors

Rose Buenaflor, niece of Health Secretary Paulyn Jean Buenaflor Rosell-Ubial (like Agriculture Secretary Manny Pinol, both of them are my town mate in M’lang, Cotabato) told me Ubial and her Iloilo based farmer husband Edwin lived in a modest condominium in Pasay.

I staggered upon seeing the photos of Rose and the Ubials inside the condominium, the DOH Secretary lives a modest life while directors of government hospitals in the Philippines splurged with their unexplained wealth like palatial mansions and fleet of expensive cars thanks but no thanks to the up to 30 percent S.O.P or cut they fleeced from contractors and suppliers.
S.O.P or standard operating procedure, a euphemism, concocted by the malefactors in the government and their conspirators in the private sectors are usually done when a contractor or supplier, say of medicine, transact with a government office.
“Those at the DOH are more corrupt, “I told Harold Barcelona on our daily radio program.
“They are not only Tulisan (Brigand), they are “Three-lisan” (from a play of words Two-lisan to Three-lisan),” Harold declared.
***
Aside from the Bureau of Customs, Land Transportation Office, and the Bureau of Internal Revenue that President Rodrigo Duterte called earlier as most corrupt agencies, he should pounce too at the Register of Deeds and those in the municipal and provincial assessors office.
If these officials choose to shoot it out with the police, the cops know already what to do like the way they did to narc pushers.
A corrupt assessor official could make a sleight of hand tricks for a huge fee to declassify the land the vendor sells to the vendee from commercial to either residential or agricultural.
Magbasa nang higit pa »
Ipinaskil ni Mortz Ortigoza sa 5:07 PM Walang komento: 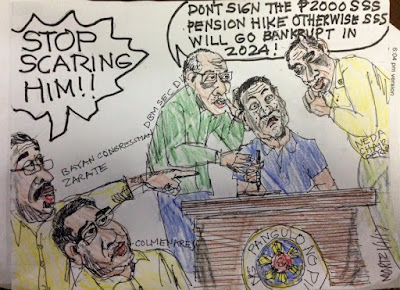 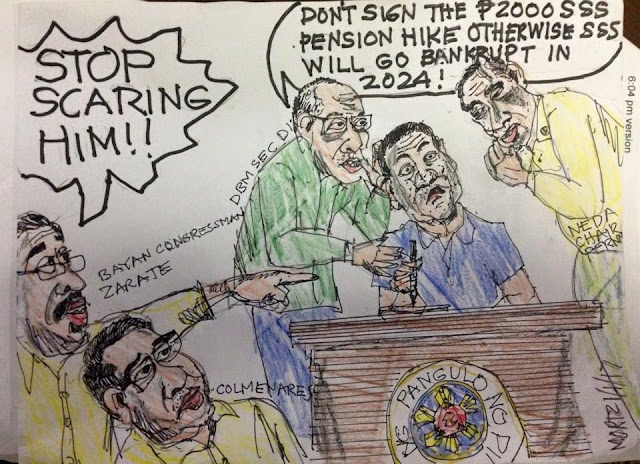 In case war breaks in the South China Sea between the aggressor and island grabbing Mainland China versus Japan and the Philippines, the Chinese would be facing formidable defensive weaponry from the Japanese particularly.
As what U.S Marine Colonel Nathan Jessup (Jack Nicholson) shouted to Navy Lawyer Lieutenant Daniel Kaffee,(Tom Cruise) at the flick’s A Few Good Men:
“You can’t handle the truth!”
Can the Sinos handle the naked military truth I’m going to enumerate below? Brace yourself if you cheered for the Chinese.
In my daily radio program at Sonshine Radio, I told recently Denmark Suede, a pilot from Australia, about Japan’s insurmountable defenses in case a shooting war erupts between her and the Chinks somewhere in the disputed Senkaku Islets.
“Japan’s defense is the best model how to deter China not to jut her air force and naval juggernauts somewhere near the disputed Senkaku Islands and some parts of the Japanese sea otherwise she would be humiliated” I stressed.
Citing the news article “Five Japanese Weapons of War China Should Fear”, I and Denmark summarized by quoting the salient parts of the article written by Kyle Mizokami.
JAPAN
“Soryu-class Diesel Electric Submarines: Japan’s Soryu-class submarines, where 9 are operational while 12 are being planned, are some of the most advanced non-nuclear attack submarines in the world. Four Stirling air independent propulsion systems allow the Soryu class to remain underwater far longer than most diesel electric submarines.