The Political Price of Sueing Me with Libel 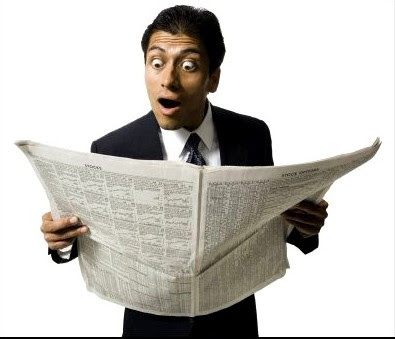 Last week I was told that the provincial attorney of Pangasinan, lawyer Dindin Baniqued, has recommended the filling of a libel case against me and the other staff of this paper.
With it, so be it!
My P40 pesos, er, P40 thousand question here to the “Honorable” members of the Board who felt defamed after one of their colleagues told me that most of the members of the August Body were willing recipients of the payola from illegal gambling game jueteng:
Can you afford the political price this “celebrated” and media hyped libel case would exact on your political stocks up to your re-election or election in 2013?
Baka matalo kayong lahat, mga bossing.
Remember, some media men and other personalities have already attested in public that indeed Board Member Danny Uy uttered the same words he told me.
What priced glory this libel case you are going to marshal brings you if these guys start talking to GMA-7 and ABS-CBN TVs, and start writing or broadcasting on their outlets ?
Why go after my scalp and my colleagues in Northern Watch when you should be censuring your colleague BM Uy because of his imprudence?
***
Pamsy Tioseco, Public Relations (PR) woman of both Senator Loren Legarda and former congressman and senatorial bet Rufi Biazon, confirmed my text query if Rufi has gotten the top custom plum.
The soft spoken Rufi is a good choice. I interviewed him for several times in Dagupan City when he gunned for the senatorial derby in the 2010 election.
I saw him cool under fire when some unreasonable local media men asked him their out-of-synch contemptuous questions in a press conference called by Pamsy.
” Mortz batch mate ko Ruffy 1986 nung highschool. He is indeed a good man,” Face Booked to me by my cousin Bernadeth Elisan-Santos, now a dentist in Australia when I told her my impression of the son of former Marine ramrod and former Senator Pong Biazon.
To Rufi, boss I hope that wala ng mawawalang almost 1,910 container vans diyan sa custom as what your predecessor Customs Commissioner Angelito Alvarez has done.
Boss, congrats and magpa-inum na kayo ng beer.
***

I could not fathom the oral and written arguments hissed by the critics of Alaminos City Nani Braganza and Pangasinan State University-Alaminos City (PSU-AC) on the three ballyhooed degrees it offered this semester. The recent memorandum, signed by Atty. Julito D. Vitriolo, executive director of the Commission of Higher Education (CHED) in the central office in Manila, to Dr. Caridad O. Abuan of CHED Regional Office in La Union said that PSU-AC “have met all the requirements on the level of accreditation (Level II accredited by AACUP) and being identified as a Center of Development (COD) for both programs “ are enough arguments for the critics to stop peddling all their misinformation.
The last paragraph of the Memo that is being exploited by critics of Mayor Braganza and PSU President Victoriano C. Estira is immaterial.
The paragraph says “that an ocular visit of the abovementioned programs by the Technical Panel concerned before the issuance of government permit to operate such programs will be conducted by this Office to determine compliance with the requirements “
That instruction is conditional for some compliance. But it does not bar PSU-AC to offer this semester the three degrees on the Bachelors of Science in Elementary Education, Secondary Education, and in Agriculture.
It only requires, susmariosep, the PSU to comply with the requirements that the college under Dean Dr. Ellen Barcelona could easily hurdle.
So what are all the fusses about it?
Ipinaskil ni Mortz Ortigoza sa 8:05 PM Walang komento: