The public pronouncement of Chinese Major General Zhang Zhaozhong of the People’s Liberation Army on Chinese TV  to starve the Philippine Marines contingent in Ayungin Shoal did not only spawn a grave concern for countries who have stake at the West Philippine Sea or South China Sea but gave a reverberating chilling effect to the militarily weak Aquino Government of the Philippines. 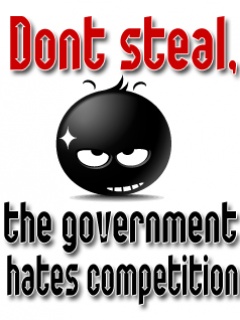 Some candidates for the mayoralty spent hundreds of millions of pesos to buy votes in the May 13 election. Some councilors spent up to P5 million each just to be on the top 10 in the city poll or top 8 in the municipal contest. A mayor and councilor receive a monthly pay of more than P50 thousand and P30 thousand, respectively, during their three years of service. The compensation and perks they legally received from the government are not enough to recoup the millions of pesos they spent months or years of ingratiation with the masses before the May 13 derby. Those monies the mayor earned in his earlier stint as hizzoner he got through illegal means like cut or S.O.P from government projects under his watch and illegal number games like jueteng and drop balls have been reverted back to the hoi polloi through vote buying and dole outs.
The millions of pesos an elected councilor spent during the campaign period could no longer be recovered in his three years stint since he got no power as big as the mayor who can dip his finger on illegal funds. Both the mayor and councilor spent these gargantuan amounts just to buy a position that give them prestige whenever they go to social functions.
***

I’ve been telling some friends that politics in the Philippines is a game for the moneyed and not for the intelligent. You may have a master or doctoral degree or you passed the BAR examination but you would still lose the election to a deep pocketed high school graduate – businessman who generously give monies to the poor in their time of need years before the election. Filipinos voters treat one’s generosity with debt of gratitude. They will reciprocate that gesture in the ballot boxes
***
The other day I was with a political operator where we dropped by at the session hall of a first class town in Central Pangasinan. We found the vice mayor there exchanging pleasantries with reelected councilors who are scions of multi-millionaire families in the town. Some of them spent millions of pesos through vote buying and dole outs just to win their reelection bid in an office that gives them roughly P30,000 a month salary. “Please tell your father that you run for the PCL (Philippine Councilors League-Pangasinan Chapter) so that you can be a member of the provincial board,” the operator told a young councilor whose father is a big time government contractor. “Magkano ang bilihan ng boto para manalo manong (how much we are going to spend to buy votes to win the PCL, big brother)”? My operator friend told him and his curious colleague in the august chamber that the province has 44 towns. He explained that the trade dictates that he has to dine and wine the mayor, vice mayor, and eight dads of the town in a plush restaurant or hotel to ingratiate with them before he shells out the following amount: Mayor, P20,000; Vice Mayor, P15, 000, each of the eight councilors, P10,000 or a total of P5,720,000. “Lalaki pa iyan pag iyong rival mo offers the same amount (Your P6 million spikes if your rival for the PCL offers the same amount),” the operator explained. Now dear readers you wonder probably what the heck happens to a solon spending millions of pesos for a position that gives only a P40,000 monthly salary in his three years stint at the Sangguniang Panlalawigan (provincial board)? My answer: Prestige man, that stupid prestige!
***

Was this a tall tale?
A close associate of outgoing Dagupan City Mayor Benjamin S. Lim told me recently that if Lim was not struck by a stroke on the eve of the May 13 polls, he would have dispensed the content of ten suit cases (maleta) full of P1 thousand bills to voters around the 31 villages strong city. “Bawat maleta naglalaman ng P20 million (or P200 million in all ten suit cases),” he said. He cited that the day before the poll, Lim was seen carrying a calculator on which he computed and recomputed how much sum would be given to each of the voters. “He told me that this election (May 13) would be the most expensive for him,” the source said. Around 10 pm of May 12, Lim leaders have been distributing monies all over the villages in the city. “Pag pointer (who help identified voters) P1000.00, pag may I.D P500.00, iyong walang I.D tawag namin doon “special” tag P300.00,” a voter in Barangay Tapuac said.
A voter and a media man in Barangay Bonuan Gueset told me that around 10 pm of May 12, Lim supporters have been given each of the voters in his compound P1000 bill. The associate said those bundles of monies in the case would be part of the second wave that should commence at 4 am of May 13. “Tag dalawang libo ang planong bigayan. Pang-kontra ni mayor sa pagbili ng mga tao ng kalaban (mayoral bet Belen Fernandez).
He said he could not forget how financially challenging was the May 13 election. He said the leaders of Fernandez have been buying votes all over the city unabated by the police the whole day before the poll. “Ako pinupuntahan ako ng mga SWAT (Special Weapon Action Team) at tinatanong ako kung meron akong pakurong (vote buying) sa bahay ko kasi maraming tao,” he said.
He said had Lim not suffered a stroke the day before the election, Fernandez could not win the poll as Lim was only the one in the family who could decide how to dispose the ten big suit cases full of monies.


READ MY OTHER BLOG: