“It’s my dream incase I’ll be invited (by the members of the band). But he (Mercury) is irreplaceable,” quipped by  Michael “Mitoy” Yonting, whose meteoric rise to national fame was when he won the franchised “Voice of the Philippines” musical contest at TV station ABS –CBN.
Mercury and Yonting shared a powerful tenor voice.
Yonting was ambivalent in his answer when told by this paper that he can belt the songs written by Mercury compared to his (Mercury) wannabes Paul Rodgers and Adam Lambert who joined the remaining members of one of the world’s famous rock bands Brian May (lead guitarist) and Roger Taylor (drum).
“Ano iyon, irreplaceable iyong ta-ong iyon. Hindi hindi, basta ano na lang dream ko iyong kung sakaling invite nila ako. Pero irreplaceable si Freddie Mercury! (I mean, Mercury is irreplaceable. No, no, but you know it’s my dream incase I’ll be invited by Queen. But remember Freddie Mercury is a legend),” Yonting was here when he was invited by the Bureau of Internal Revenue’s regional office based here to entertain for free the guests and visitors of the tax agency’s  tax drives “I love the Philippines I Pay my Taxes Right”
Yonting, a resident of this burgeoning town, said he is presently recording his album that will be released to the public in April this year.
The fancy for Yonting in egging him to try his luck with the British rock band was conceived when some hard and progressive rock fans and balladeers here led by Ryan Orbon compared the singing prowess of Rodgers who sang with Queens from years 2004 to 2009, Adams who sings with the band from 2012 to 2013, and Yonting at YouTube where the trio crooned the songs of Queen.


In that YouTube video, Rodgers, Adams, and Yonting sang “Bohemian Rhapsody” at London, “We Will Rock You” at Ukraine, and “Don’t Stop me Now” at the Voice of the Philippines at ABS-CBN, respectively.
“Tingnan niyo si Mitoy "Don't Stop me Now" ng Queen. Compare niyo, mas mataas ang range ng voice niya kena Rodgers and Lambert. kung si Freddie Mercury ang range ng vocal niya is "10" si Rodgers "6.5" sa labnaw. Si Lambert "7" si Mitoy "9", you listen and check them to see (Look at Mitoy's "Don't Stop Me Now". Compares his soprano high voice to Rodgers and Lambert. If Freddie Mercury's voice range is "10", Rodgers' is "6.5" low, Lambert is "7", Mitoy got a high of "9". You listen and check them to see),” Orbon told rock fanatics in Pangasinan.

Click to watch and listen how the voice of Paul Rodgers fares.

In a lecture given to officers of the court and peace officers, Court of Appeals Justice Mario Lopez (nah, not the actor Mario Lopez, host of some American TV shows) said the Supreme Court decided that the informer, like in an illegal drug raid or arrest, is not required to be summoned by the court as witness.
“Normally they are not presented as witness because their lives would be put in jeopardy. They would be killed!” the justice stressed. 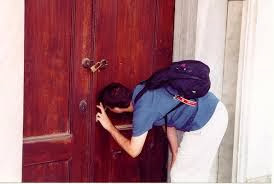 But he said it is a different story if the one involved is a poseur buyer (under covered agent posing as buyer).
“He is allowed by the Supreme Court to be a witness”.
Lopez educated the attendees what is “constructive possession” in an illegal drug case.
He cited a case where the highest tribunal affirmed the conviction of a husband in a possession of an illegal drug despite he was not caught in flagrante delicto (caught in the act) carrying it.

No Looming War between China and Japan, PH DAGUPAN CITY - One of Asia’s foremost geo-political experts did not believe that the saber rattlings between China and some Asian countries will result in  a shooting war.
Former five –time Speaker Jose de Venecia said he did not see any eminent explosion of conflict in the East and South China Seas with China versus Japan and the Philippines.
“All of these will be settled by diplomacy and negotiation,” he stressed.
He said the belligerent attitude shown by Japan’s hawkish Prime Minister Shinzo Abe and China President Xi Jinping only drumbeat their self-confidence before the eyes of their constituents.
“Well, both are talking self-confident action for home politics. In the end, all of them will seat and settle these issues satisfactory to the satisfaction of both sides,” he said.
De Venecia said it was just normal for the United States commercial airlines to seek first the notification of the Chinese for them to pass the Area Defense Identification Zone (ADIZ) in East Asia that China unilaterally proclaimed.

After the 69th anniversary of the historic Lingayen Gulf Landing in January 9 at the Veterans Memorial Park in Lingayen, Pangasinan came to an end media colleague scampered from their locations and started “ambushed interviews” their prey like governor, mayors and even military and police officials who have ran-off with news worthy events the day before.
“It seems nobody interviews Australian Ambassador Bill Tweddell (the one who graced the occasion),” I told some capitol officials who were retired colonels at the sideline when I saw three Caucasians in a huddle at the Australian veteran’s shrine.
I hesitated to rush at the guy sporting a long sleeve light brown barong dress since: First, I left most of my English proficiency skills at our house in Dagupan City; Second I was not certain if he was His Excellency exchanging pleasantries with two huge white men (one in a Navy uniform while the other was in a blue barong but both sport an array of medals located on their left breast).
“Sir, are you the ambassador of Australia?” I asked the guy with a long sleeve barong after I mustered all my strength to draw sword with the envoy in Her Majesty the Queen and Shakespeare’s language.
“Yes,” he retorted.

How to Sue Abusive Policemen

Barangay Chairman Godfrey Carbonel of Talogtog, Mangaldan has been endorsed by various sectors in the famous tapa (dry meat) town as representative of the Liga ng mga Barangay (League of Barangays) for the People’s Law Enforcement Board (PLEB) as the village chief who used to represent the League passed away.

“Mayor Bonafe de Vera-Parayno should appoint Kapitan Godo for the PLEB since he is the most qualified from the Liga. He is a Bachelor of Laws graduate, a perceptive member of the media that could bring PLEB- Mangaldan to places.

Ban the Doctor not the Boxer

Recently, Bombo Radyo – Dagupan asked my stand on the call of some quarters for the total ban of amateur boxing in the provincial and regional games participated by students in public and private schools.
The call, I said, is like swathing a fly with a sledge hammer.
“You kill boxing in these categories; you kill our chances to get medals in the Olympic,” I hissed in a phone patch.
The death of 16 year-old Jonas Joshua Garcia who fell in a coma in a boxing match organized by the Department of Education (DepEd) at the Central Luzon Regional Athletic Association in Iba, Zambales was an exception. The doctor commissioned by the DepEd in that competition should be investigated for negligence or incompetence and if found guilty should be given corresponding sanctions by the DepEd and the Philippine Regulatory Commission.
Why kill the sport that give us global honor in Manny Pacquiao and others when it was the fault of school officials who did not observe due diligence?

Medical Guidelines in Boxing
As we know DepEd amateur boxing rules dictate, just like those rules in the Amateur Boxing Association of the Philippines, that before a pug boxes he first contacted the school’s physician (1) to obtain a thorough physical examination, (2) to assure that no pre-existing medical conditions exist that would pose an unusual risk to the participant, and (3) obtain independent medical advice concerning the short and long-term risks of participation.
We should not rash to condemn boxing as a killer contact sport. Is Tae Kwan Do, Wrestling, Wushu, or arnis  contact sports too? Then son of a gun, they should be banned too!

Boxing is No. 23 Less Dangerous Sport
Despite the obvious risks involved in any contact sport, a U.S National Safety Council accident report ranked amateur boxing 23rd on its list of injury-producing sports and rated it the safest of all contact sports ...safer than football, wrestling, gymnastics and in-line skating.
According to Cantu, Boxing and Medicine, Human Kinetics Illinois, studies say that amateur boxing's fatality rate is 1.3 fatalities per 100,000 participants.   Compare this to the fatality rates for college football (3), scuba diving (11), mountaineering (51) and sky-diving (123).
Geez whiz if that should be the cases then we should ban too mountaineering and sky- diving since they kill more people than boxing if that kind of argument was the Raison d'etre (main reason) of those Filipino and foreign skeptics.

When I bumped recently into former five- time Speaker Joe de Venecia, I asked him if the gubernatorial bid of former congressman Mark Cojuangco will reinvigorate the chances of 2016 presidential bet Mar Roxas since  Cojuangco’s Nationalist People’s Coalition is the  dominant party in the almost three million population Pangasinan? 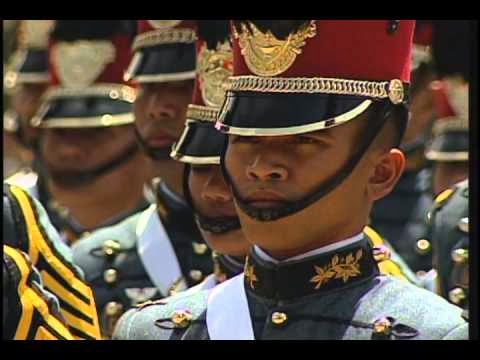 “Well you know, it’s too early to talk about national and local politics what I’m saying whoever should build a powerful coalition that will address the problem of poverty and corruption, climate change, and the  creation of hundreds of thousands of jobs,” he cited.
(NOTE: Please click my article on “JDV hails Cojuangco’s Gov’s Bid” at http://wwwmortzcortigoza.blogspot.com/2014/02/jdv-hails-cojuangcos-govs-bid.html)

I asked de Venecia, known as connoisseur of international politics in Asia if not the world, of President Benigno C. Aquino III  comparisons of Mainland China to Nazi Germany when the latter annexed Sudetentland in Czechoslovakia  at the behest of the Allied Forces’ Great Britain, France, Soviet Union , and others to appease Adolf Hitler’s Germany not to launch war against them (but gee whiz this did not happen as Hitler took, some  through his dazzling blitzkrieg, Austria (1938), Poland (1939), Belgium (1940), France (1940), Netherlands (1940), Luxemburg (1940), Channel Islands (1940), Romania (1940), and some parts of the Soviet Unions (1940), Yugoslavia and Greece (1941), Serbia (1941), Crete (1941), and Estonia (1941)- Mortz).