Are Filipinos benefiting on the military exercises with the U.S?

My daughter Alex, 9, Grade 4, asked me how to pose questions in a mock press conference after she became a member of the editorial staff of her school newspaper.
Sabi ko ito ang pagtanung: "What is your take on your visit to Japan?" (If the interviewee is an imagined President Duterte).
Then I told her some of my “anecdotes” interviewing dignitaries;
ME: Senator Pacquiao what is your stand on K-12?
PACQUIAO: (who was sitting): I don't want to stand, I want to sit. I don't want K-12, I like K-9.
ME: How's the violence here in Maguindanao?
MAGUINDANAO GOVERNOR ANDAL AMPATUAN: (Who finished only Grade 3) Violin? I could not even play guitar. You asked me about violin goddammit!!! You want me to kill you?
***
I saw recently a column that reads the Philippines did not benefit to Balikatan or military exercise with the U.S.
I disagreed of course.
Here were the advantages of having military exercises with a super power based on my conversation with the U.S Marines at Clark Air Base in Pampanga early this year that manned the M142 High Mobility Artillery Rocket System (HIMARS).
ME: How can the guided rockets of HIMARS hit with accuracy the Chinese warships if one of this is posted at one of the islets of the Philippines at the South China Sea?
US MARINE 1: They would be GPS (Global Positioning Satellite) guided.
ME: Oh, just like what the C.I.A backed Colombian government had done with the FARC (Fuerzas Armadas Revolucionarias de Colombia) guerillas when the Cessna propeller powered plane dropped a GPS guided 500- pound bomb at the guerrillas whose fire they used in cooking food betrayed them in nighttime.
ME: Is the price of this monster (Himars) $5.1 million apiece?
MARINE 2: Naah, its $6 million apiece now.

ME: Philippine government should buy some these so we can sink those ships of the Chinks.
***
Here’s what I read recently from Diplomat.com, the Bible of foreign policy makers:
"Vietnam’s defense expenditures were the fourth largest in Southeast Asia, behind only Singapore, Indonesia, and Thailand; all wealthier or significantly larger economies. It was the first year that Vietnam’s spending surpassed Malaysia’s. The defense budget is an estimated $5 billion in 2016, and it is expected to grow to $6 billion by 2020”.
Magbasa nang higit pa »
Ipinaskil ni Mortz Ortigoza sa 4:46 PM 4 (na) komento: 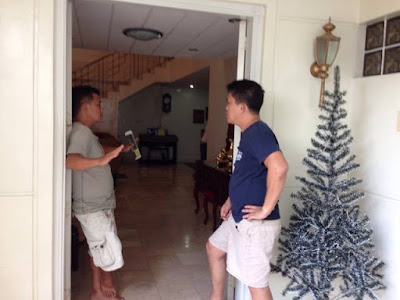 MY COMPLETE Q & A with Jowe Legaspi on the return of the Filipino fishermen at the rich fishing ground at Panatag Shoal can be accessed by copying and pasting at Face Book the following:
https://www.facebook.com/mortz.ortigoza/videos/vb.569334707/10154780131354708/?type=3&theater

READ MY OTHER ARTICLE: China allows Filipinos to fish at Scarborough Shoal - Fisherman