A former chief of police (COP) of a city in Northern Luzon said that when he told an anti-jueteng Catholic archbishop that he could not stop the sprouting of illegal number game in the city and the indispensability of jueteng’s payolas to the police he used to apprehend criminals; the bishop told him he understood his plight. 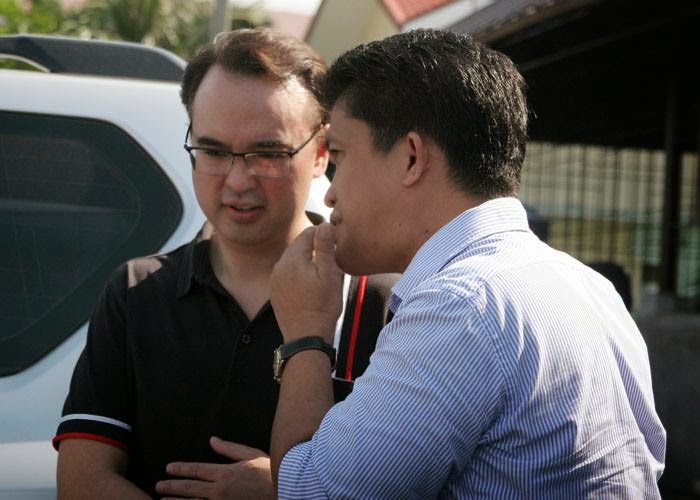 “Huwag mo lang papasukin ang mga big time na jueteng financers outside the province,” the prelate said.
Before he left he gave the COP almost a hundred thousand of pesos.
“Gamitin mo iyang pera pang gas at pang gastos sa police ninyo laban sa mga masasama”.
Ha, ha, ha, with the tax- free funds from the Catholic Church and another tax free hundreds of thousands of pesos a month from jueteng, the bad guys would be a wimp against the cops in the hide and seek game!

***
I asked recently the eloquent and inquisitive Senator Alan Peter Cayetano who is the worst nightmare of Vice President Jejomar Binay, why of all those incriminating charges he throws at the Vice President in the sub-committee level of the Blue Ribbon Committee his polls stock falls 5% in June to 1% September this year according to Pulse Asia.

“You have been the one doing the yeoman’s job in exposing the Vice President that cost a significant chunk of his polls stock why that happened to you, too?, “ I posed to him.
Although he is still No. 1 in the polls war, Social Weather Station showed Binay dropped by 15% or from +67 in June to +52 in September this year.
Magbasa nang higit pa »
Ipinaskil ni Mortz Ortigoza sa 6:05 AM Walang komento: