Members of the Triple A or the Philippine Military Alumni Association, Inc. who called each other “cavalier” conducted recently a pep talk with the members of the “Long Gray Line” at Fort del Pilar, Baguio City after the brutal death of Cadet Fourth Class  Darwin Dormitorio at the hands of his upper classmen.
The two day meetings primordially to foil the evil of hazing and maltreatment ensued lately in the PMA compound where the PMAAA met separately the military and medical officials of the PMA, the upperclassmen composed of the yearlings (second year), cows (third year), and firsties (fourth year), and the brunt of the maltreatment the vulnerable plebes (first year). 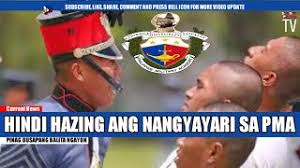 “Let’s shout to the whole world so our voice can be heard that we never tolerated hazing. Marinig ng ating Chief of Staff, ng Secretary of National Defense, ng ating Presidente. Hip hip hooray,” former police two-star general and incumbent Lingayen Mayor Leopoldo Bataoil (PMA Class 1976) ended his rabble rousing speech, probably minted by his nine years as congressman, with his signature cheers of several “hip hips” that the upperclassmen enthusiastically responded with their “hooray” inside the hall where they converged.

Bataoil, elected this year as mayor of Capital Town Lingayen, Pangasinan, told this writer that he was accompanied in that trumpet call by former congressmen Romeo Acop (PMA Class 1970), Samuel Pagdilao (PMA Class 1979) and Gary Alejano (PMA Class 1995) and a young Army Captain Ferdinand Quicho (PMA Class 2011) who was the Cadet Captain of his class.
When asked by this writer if the plebes who dialogue with them were still stiffed, reticent, vacillated, and muffled afraid they would be branded as “squealer” a mortal sin because it’s a sign of weakness and betrayal before the eyes of the upperclassmen, Bataoil said that in that Saturday’s afternoon to dusk meeting these Fourth Class Cadets were told by their commandant, a star ranked now, and the cadets’ baron to speak freely with the Triple A members.
“Talagang sinabi namin na noon pa not to waste our time to find a solution to this problem even the problem of hazing which stained our beloved alma mater,” the former general told this writer.

He affirmed, when I told him, that he could relate with the Corps of Cadets of the Armed Forces of the Philippines, or what they called CCAFP in brevity, because he was once a Senior Tactical Officer in 1989 when I was still a young struggling clerk of the same office’s Tactics Group under the leadership of that brawny Air Force and pilot Lieutenant Colonel Castro (geez, forgot his first name) and a dapper, er, snappy tall mestizo Army Colonel Victor Garcia whose ironed razor sharp creases uniform and his shiny black shoes impresses soldiers and cadets there.
“Maka relate kayo dahil tactical officer kayo. Sila General Pagdilao baka hindi pa iyon naging tactical officer,” I told him.
“Oo pero baron siya. He was Batch 1979 kaya ang ganda ng mixing namin. Doon sa Class of 2011 si Army Captain Ferdie Quicho baron din siya,” Bataoil, who still wear almost everyday that PMA class gold bullring, retorted.
The mayor said that he and his group wanted to eradicate maltreatment by the upper-class especially the yearlings, those second year who want to inflict what the previous year upper class had done to them, to the plebes because he was a victim of hazing too and was dismissed at the PMA when two second years manhandled a plebe.
“I was also very strict because there is a desire to maintain a level of perfection. A level of professionalism which has to be observed and complied by the plebe, by the underclassmen. When I became a second class man that was still my attitude my underclassmen to follow a high standard of performance. I was very strict”.
He said he had a nightmarish experience that shattered his dream and that of his family in Barangay Libsong, Lingayen.
“That’s what I got dismiss. I was already in my third year when two of my yearlings were involved in hazing and having been involved in hazing as the squad leader for the so called command responsibility I have to be dismissed”.


He graduated as member of Class 1976 and joined as second lieutenant the Philippine Constabulary -- the precursor of the present Philippine National Police.
Bataoil, who originally belonged to PMA Class 1975, strive to be reinstated and the leadership of the Academy acquiesced to his and those two yearlings desire.
“Luckily, we were reinstated. I became a proponent and advocate to hazing movement. Kadete pa lang ako noon advocate na ako  ng No To Hazing Movement because I went to it, shattered dreams. Kung hinde ako nakabalik hinde na ako PMAer. Pati parents ko…”.

When I asked him if he saw plebes being manhandled by their seniors when he was a senior tactical officer, he said he surreptitiously and randomly checked the cadets at their buildings by listening if there were whimpers, agonies of pain, and whatchamacallit in their rooms.
“Kung meron humahalinghing diyan kako. “Sir, iba iyong halinghing, dumadaing” sabi nila. Sorry wrong choice of words kako. Tawanan iyong mga kadete. Anyway, that was what I did”.

He said being a senior tactical officer training cadets he had sleepless nights because he was anxious that a plebe would be hurt by the upperclassmen.
“Bago ako matulog tinatawagan ko ang Corps Commander tinatanong ko if the Corp was okay”.
During his more than a year stint at the PMA he said no plebe died.
The still ramrod “PMAer” was optimistic that hazing and other form of maltreatment would be expunged in his alma mater.
“We believed the cadets are ready to transfer and accept changes on the eradication of hazing as they manifested all together when we were there,” he emphatically told this writer who was born and lived before with his military father on that one of Asia’s premier military schools located at Barangay Kias, Baguio City. 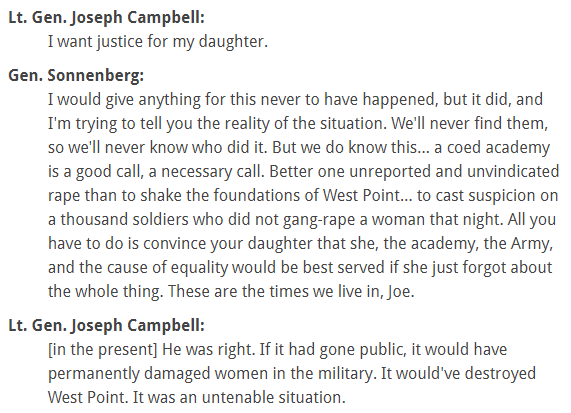 Soldiers Shot Officers Because They Hazed Them – Ex-General