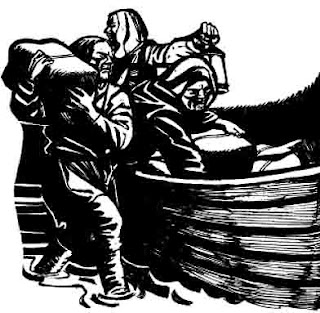 
An engineer from the Department of Public works & Highway commented on my last week’s column titled “Where is the money for the footbridge, DPWH?”
He explained the nuances of a program budget for the P90 million repair of the Marusay Bridge in Calasiao.
He gave a hypothetical illustration.
Program project is P120 million. The lowest bid chalked up by DPWH from a private contractor is P90 million thus a saving of P30 million for the government.
He said if the people and leaders in Calasiao want a foot bridge, the office of the mayor there could facilitate its construction through a resolution and an intercession of 2nd district Rep. Rachel Arenas and 2nd sub-engineering district chief Marietta Mendoza at the DPWH’s central office since its construction is a national government-supervised project.
He said the project is not a grant (free) from the Spanish government. It is a long term loan where ‘usually the freebies given by the Spanish government are the trusses (steels that hold the bridge above or below its platform)”.
Except the trusses, he said the rest of the materials are funded from the loan the taxpayers would pay later.
He disagreed to a previous proposal by an expert by borrowing one million pesos (from the P90 million appropriations) intended for the riprap of the Marusay Bridge for the contractor to use for the construction of the foot bridge and pay it later after Eng. Mendoza source out the one million budget.
“That is risky, I’ll not do that. What if the P1 million could not be sourced out by the DPWH?”
He feared that DPWH official would be administratively and criminally liable for that.
***
Hog raisers group said they welcome the decision of Secretary Proceso Alcala of the Department of Agriculture to sack Efren Nuestro and Jane Bacayo as heads of the Bureau of Animal Industry (BAI) and National Meat Inspection Service (NMIS), respectively, for the unabated smuggling of cheap imported meat at the expense of backyard swine raisers particularly.
My poser: When would president Benigno Aquino III ax Custom Chief Ruffino Biazon?
For more than a year now he has yet to apprehend a smuggler of imported pork who misdeclared good meat as cheaper offal that cost our government billions of pesos in revenues.
In year 2010 alone, the government lost P2.8 billion because of smuggling, technical smuggling, and mis-declaration of good meat to offal (swine parts like heads and innards for sisig but not consumed abroad). He explained the total revenues lost due to smuggling, technical
The top ten smugglers of pork in the country have each a capital stock of P100 thousand.
This is incredible because with that measly capital they eclipsed big swine meat importers Purefoods, RFM, and Monterey in terms of the volume of importation.
A source told me that the scandalous smuggling of meats could not be stopped because Malacanang abets it. The palace, according, to my source, allowed the unabated smuggling because it gets a cut, just like in jueteng, that it saves to help bankroll the election expenses of the senatorial and other major candidates of the president’s Liberal Party in the midterm poll next year. (You can read my selected intriguing but thought-provoking columns at http://mortzortigoza.blogspot.com. You can send comments too at totomortz@yahoo.com)
Ipinaskil ni Mortz Ortigoza sa 4:45 PM Walang komento:

Philippine and Chinese Air Forces: Tale of the Tapes

In case war breaks between the Philippines and Mainland China, the following are the aerial military hardware the two possess:

MAINLAND CHINA
Multi Role’s Fighter Jets:200 Chinese made Chengdu J-10, 76 Russian made Sukhoi Su-30MKK ,76 Russian made Sukhoi Su-27 Air Superiority Fighter, 180 China made Shenyang J-8 Interceptor Fighter, 350 China made, Chengdu J-7 Fighter/Interceptor,70 China made Xian JH-7 Fighter bomber.
Jet Bombers: 120 China made Xian H-6 Strategic bomber, 130 China made Nanchang Q-5 close air support
Airborne Warning & Control System: 8 China made KJ-2000 AWAC and 2 KJ 200 China made AEW&C.
***
With the proposed plan of the Philippines government to purchase a squadron (12 jets) of F-16 multi-role jets (where the latest model can cost up to $30 million or P1.3 billion apiece) to strengthen the defense of the country and make very costly any incursion of Chinese warship in case war breaks between the two countries, the question is, can the Philippines afford them?
The answer is “yes” at the expense of the government’s appropriation for social service and infrastructure!
Vietnam, who has a claim too, like the Philippines, in the South China Sea versus China and is poorer than our country, has the following modern Russian made fighter jets that are at par or much better than the U.S made F-16 Thunderbird.