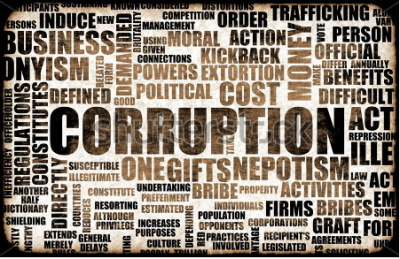 
Mayor pockets up to 30% loans from bank

My politician friend told me that a corrupt mayor can get 20 percent to 30 percent of the loan his town or city obtained from government- run Land Bank of the Philippines and Development Bank of the Philippines. “If he wants the money immediately, he can get P20 million or 20% of the P100 million loans in advance from the (private) contractor,” he whispered to me not to divulge his name but to expose this perennial anomaly in public. But if the mayor wants a 30% or P30 million from the loan, then he should be the one to own the construction firm (of course though a dummy) if he wants the bigger chunks of the anomaly alias S.O.P (Standard Operation Procedure) after the project (construction of either the municipal hall, public market, or other public building) is completed and approved by the concerned government agencies.

A vice mayor in a town in Pangasinan yaps and bellyaches about the “anomalous’’ transactions of the mayor he is going to challenge in next year’s mayoralty poll. “Why it is that checks that run to millions of pesos were released without their corresponding vouchers?” he told me. When I met the mayor I asked him why the vice mayor continued to assail the X million pesos loan his town contracted with the Land Bank of the Philippines. “Sa ibang bayan mayor tahimik lang ang vice mayor dahil may share siya na P1 million sa loan (In other town mayor, the vice mayor there just keeps mum after he was given his P1 million share from the loan),” I continued.