DAGUPAN CITY – The stamina powered 81 kilometers bike race Buelta Dagupan that started here to Baguio City showed its two facets: A septuagenarian and a teenage pedal aficionados.
Veteran racer Alex Jugo is 71 years old while minor Efren Reyes is 16 years old.
The long distance race from San Marino Place here to Benguet Province included the strenuous ascent to the snake- like cloud kissed Province’s highway before they reach Tuba town -  one of the two legs of the race before they sped off to Baguio City via the strenuous uphill highway of Naguilian, La Union.

The race show cases the mettle of the cyclists who used expensive low level handle bar road racing bikes and contraptions.
According to the septuagenarian Jugo, a retired seaman, he used to join cycling legend Jess Garcia, a Filipino-Mexican who is a Pangasinense, during contests in the 1970s and joined prestigious race Philippine International  Council Cycling Commission (PICCA) under a certain Tony Kairuz in 1971 to 1973.
Three-time national cycling marathon champion Garcia told this paper that the PICCA races ensued in the middle of 1970s.
Jugo was absent in the race for two years but did not see his age as an obstacle to conquer an uphill trek with fellow racers who were younger than him.
“Sa batch ko baka ako lang ang nagbibiseklita pa. Mga  edad 70 talaga o kahit na 60 medyo delikado kung hinde ka nag e-exercise (Probably I am the only septuagenarian who still race. 70 or 60 years old biker could be dangerous especially if he does not exercise),” he cited.
Magbasa nang higit pa »
Ipinaskil ni Mortz Ortigoza sa 4:17 PM Walang komento:

Some town vice mayors in Pangasinan smarted of being deprieved by their mayors on their payolas from gambling operator.
A vice mayor, who asked anonymity, said despite the law on Small Time Lottery that only three percent of the total gross receipts of the bets in his town goes to the public treasury, he and the other vice mayors suspected that operators of the STL, a government sanctioned number games, in their areas have another illegal list on bettors where their mayors continue to receive a percentage.
In a letter earlier sent to Pangasinan's mayors by Philippine Charity Sweepstakes Office’s General Manager Alexander Balutan said that “additonal revenues for the the game are also intended to benefit the Municipality of xxx by the allocation of 3.00% from the gross sales of the STL operation in your area of jurisdiction”.
The vice mayors and the councilors of a town or city and the chief of police there were no longer given a percentage on the gross collection of the PCSO oversees STL.
The outwitted vice mayor said that he and other vice mayors had a conversation with another vice mayors in a meeting who told them that he continues to receive his share from his mayor.
The smarting vice mayor said he and his fellow vice mayors would expose this shenanigan to the media perpetrated by the mayors after they could gather strong evidences that there is another list for the operator of the STL.
There are two franchisees of STL who squabble for official recognition in the 44 towns and 4 cities’ Pangasinan.
“I thought President (Rodrigo) Duterte wanted to eradicate illegal gambling like jueteng and Meridiane, but it seems illegal number game is still perpetrated in the same places?” he posed to reporters.
Magbasa nang higit pa »
Ipinaskil ni Mortz Ortigoza sa 2:14 AM Walang komento:

DAGUPAN CITY – The chief of the Land Transportation Office here absolved himself on the issue of extortion perpetrated by personnel of the LTO.
“You ask the team leader of the “flying” squad in the regional office so you can confirm the veracity of the accusation,” retorted by this city’s LTO’s District Chief Richard Agbayani to media men who asked his comment on the charge.
This city's LTO chief reaction was taken after a driver of the Downtown Loop plying public utility jeep (PUJ) complained at Sonshine Radio about the illegal stickers sold by the association president and the LTO to drivers to insulate them from harassment by LTO’s “flying” squad.

The yellow sticker is stamped conspicuously at the windshield of every PUJs’ drivers and operators who submit with this racket.

The whistle blower even computed the monies earned in this racket if it involved all the PUJs in the 44 towns and 4 cities' province.
“One thousand jeeps in Pangasinan multiplied by one hundred pesos then that is one hundred thousand pesos a month for the LTO and the presidents of the jeepney’s organizations who are in cahoots with the corrupt officials of the LTO,” the driver cited.
He said they toe the line because they fear the LTO field task force can fine them from four thousand pesos to eight thousand pesos to any violation the traffic enforcers of the LTO’s whimsically see.
Recently, the LTO was assailed by various quarters here after two colorum vans‘ drivers were apprehended by the Public Order & Safety Office here.
The flagged illegal utility vans resulted to the revocation by the LTO's brass in the regional office of this city’s local government’s POSO Chief Carlito Ocampo’s deputization to issue Temporary Operator Permit (TOP) against erring drivers.
Ocampo said the two vans used as public utility vehicles (PUVs) were part of the 40 vehicles that illegally ply from Urdaneta City and this city.
“They don’t even have terminal here,” Ocampo said.
In the past, the LTO regional office in San Fernando City in La Union was accused of being recipients of sums from bus operators.
Media reports including this paper said that certain bus company based in Lingayen, Pangasinan bribed LTO officials in the region and the province for P30 thousand a month for the use of these improvised plates.
“Dito sa Pangasinan nakaka half-a-million pesos na in a month ang LTO dahil diyan sa kambal plaka,” a source who asked anonymity told this paper.
Regional Director Teofilo Guadiz III, when asked about this accusation, said he did not know about the protection money that changed hands between rogue LTO personnel at the regional office and the province and the conspiring franchisee.

Not all graduates of Ivy League’s universities in the Philippines are smart and intelligent.
Here’s a graduate of Mababang Paaralan ng San Andres Bukid (my friend radio announcer Sammy Lusala calls it “Low School of Saint Andrew’s Field”) and finished his B.S (not Bull Shit but Bachelor of Science) in Commerce at the version of Wanbol University in Dagupan City. 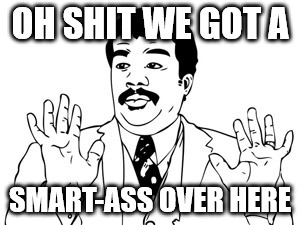 “Noong ako pa ang maintainer or operator ng jueteng (illegal number game in the Philippines) ang mayor namin lawyer graduate ng University of the Philippines,” he told us media men.
He said the mayor has numerous mistresses and he always needs monies. The maintainer told the mayor that every month he has two hundred thousand pesos as payola.
“But he did not know that the allocation for a mayor in a town with x population is six hundred thousand monthly or twenty thousand pesos a day,” he cited.
There were cases where the mayor would ask for one hundred thousand in the first week of the month, and two successive fifty thousand pesos for the second and third week.
“Tapos doon sa fourth week hihirit uli si mayor ng fifty thousand pesos. But my my men would tell him na ubos na ang allocation niya for that month. Then he’ll beg to advance that amount in the next month’s payola. I allowed him but to the amusement of my men because in reality we still owed the mayor four hundred thousand a month” the bag man narrated.

“So Wanbol University graduate like you is smarter than those U.P guys like your mayor?” I posed.
Magbasa nang higit pa »
Ipinaskil ni Mortz Ortigoza sa 3:58 PM Walang komento:

Too small!
By Mortz C. Ortigoza

DAGUPAN CITY – A mayor in the Fifth Congressional District in Pangasinan snubbed the measly three percent offers by the government run Small Town Lottery (STL) after Philippine Charity Sweepstakes Office's General Manager Alexander F. Balutan wrote him for the jueteng- like game to operate in his town.
“I did not attend the meeting called by Major Efren Fajardo at Star Plaza Hotel (in Dagupan City). They can own that three percent. It was small. It’s only for the mayor,” the chief executive, who asked for anonymity, said as he empathized with his vice mayor, nine councilors and the chief of police who were not included on the distribution of percentages from the PCSO’s supervised number game gambling STL.
"I don't want that my vice mayor and councilors could say something against me that I have my 3 percent while they got nothing," he stressed.
Aside from the modicum sums given to the mayor, two factions of the STL’s franchisee Golden Go Rapid Gaming Corporation (GGRGC) in Pangasinan squabble for official identity.
A photo copy of a Notarized Secretary Notification being circulated among mayors and media men purportedly by GGRGC President Gary James Arenas said that Fajardo and Anthony Ong were no longer members of the GGRGC effective immediately.
Magbasa nang higit pa »
Ipinaskil ni Mortz Ortigoza sa 5:17 AM Walang komento: